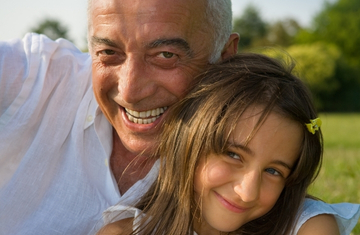 A well-known passage from the musical play Fiddler on the Roof illustrates how 19th-century Russian Jews felt about the czar:

Rebbe, is there a blessing for the czar?

A blessing for the czar? Of course….

May the Lord bless and keep the czar—far away from us!

Techniques that our ancestors used to escape detection by the Russian government are legend. Old habits die hard; apparently some of them even carried over into the new country following emigration.

My mother’s father was my only grandparent still living when I was growing up. I knew that his name was Benny Steinsnider and that he had come to the United States from Poland while a very young man. When I started to trace my genealogy, Grandpa told me that he had come from a place called Plotsk (Płock, in Polish) and had gone first to Toronto, Canada, where he married and where my mother had been born. From his marriage record at Holy Blossom Synagogue in Toronto, I learned that his real name was Wolf Baer Steinsnider. Then I discovered that Grandpa had taken out citizenship in both Canada and the U.S.— but had told different stories about where he had been born. His Canadian naturalization papers recorded Łódź as his birth place. His youngest brother, Sam, by then living in a nursing home and reportedly not a reliable source (“You can’t believe anything Sam says,” Grandpa explained), insisted that the family had come from “Vishkovo”—a place I couldn’t find. The U.S. citizenship application said Plotsk.

One day, I took myself to Miami to interview my by-then very deaf, 90-some-year-old grandfather again. Out of the blue, he suddenly announced, “Ya know, the name isn’t really Steinsnider.” Doing a double take, I demanded to know what he meant. The dialogue went something like this:

“I never heard that,” I protested, “and neither has my mother or any of her brothers or sisters.”

“Don’t you remember I told you that I was running away from the czar’s army?” Grandpa demanded.

“Well, I bought papers from a guy named Steinsnider!” the old man announced in an isn’t-it-obvious tone.

“But Grandpa, that was 1905; this is 1979; how come you never told?” I spluttered, as I thought that he might have died and I would have been fruitlessly chasing Steinsnider.

Waving a bony finger under my nose, my grandfather fixed me with a stern eye

and triumphantly announced, “Ya never know!”

“Ya never know” has sent many Jewish genealogists down false trails.

You might think that was the end of the story. Oh, no. This canny immigrant really didn’t trust government officials—or his family either, apparently. Remember, he wrote Łódź as his birthplace in Canada and Plotsk in the U.S.—but he told me Plotsk. Certain that he would not lie to his eldest grandchild, I figured that I now knew his real name and his real birth place, the two indispensable bits of data without which no one can search for records across the ocean. The knowledge didn’t help me much at that time, though. Poland was still a communist country, the Mormons had not filmed Jewish records from Plotsk, and I couldn’t find a way to get the records I wanted.

Some years later, I came to know Jerzy Skowronek, the late Polish State archivist, who offered to look for records of my Dubner relatives in Plotsk. After an impatient wait of two or three months, a letter arrived from Skowronek. It began, “Dear Madame, I regret to tell you that there is no evidence that anyone named Dubner ever lived in Plotsk.”

Benny had done it again. Favorite granddaughter or not, Grandpa had lied once more. By then Benny had died—and he had taken to his grave the secret of where he actually had been born. Back to square one—until I was rescued by the wonderful Jewish genealogical network.

Do you remember a best seller named Turbulent Souls, written by a young man from Upstate New York named Stephen Dubner? He wrote about having grown up Catholic, the son of parents who had been born Jews and converted.

Sometime before the book appeared, Stephen Dubner telephoned and introduced himself. He was planning a research trip to his grandparents’ birthplace in Poland. Steven Siegel from the New York-based Jewish Genealogical Society told Dubner that I also was researching Dubners and suggested that he speak to me.

“Where in Poland are you going?” I asked.

“Pultusk,” he replied—and a thousand-watt bulb went off in my head.

Plotsk—Pultusk; they don’t sound very much alike, at least not to my ears, but if you look carefully, you see that the consonants are exactly the same: PLTSK! Could my grandfather have been born in Pultusk? Discouraged about ever tracing Benny, I had never bothered to look at JRI-Poland lists. I did now and saw that, indeed, lots of Dubners lived in Pultusk. And what about “Vishkovo, “ the place Grandpa’s unreliable brother Sam insisted was the family’s home? A short distance down the road from Pultusk is Wyszków, also with many Dubners. In fact, Fond 98, akt (document) 16 shows the birth in 1885 of one Wulf Dubner—the exact year of birth that Grandpa listed on all of his records. Wulf Dubner from Wyszków, aka Benny Steinsnider from Lodz or Plotsk—I had found his trail at last.