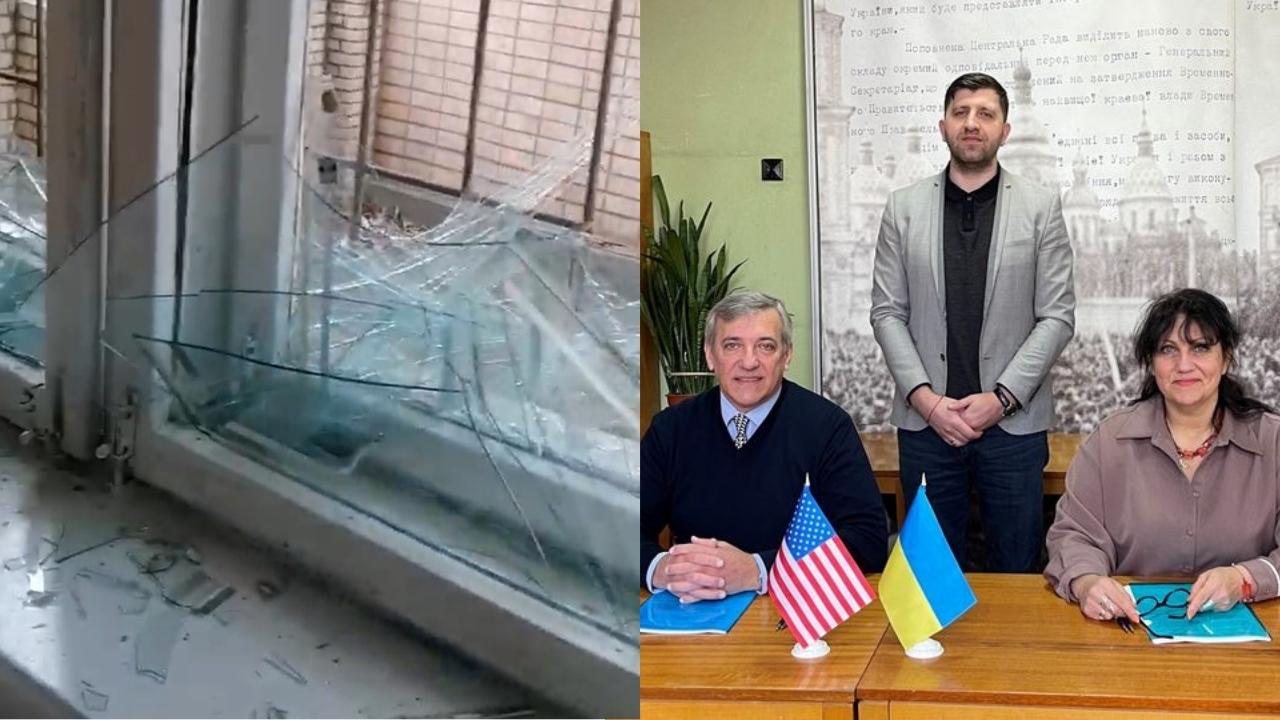 Heroes of Heritage and History — Ukraine

This morning we awoke to news of damage to the state archive in Mykolaiv, Ukraine. Mykolaiv archive is where our Documentation of Jewish Records Worldwide (DoJR) project started and where, in four short weeks, we discovered previously unknown historic documents of 15,000 Jewish lives. We also learned that, given more time, many more such hidden-in-plain-sight documents wait to be discovered. Fortunately, this recent damage to the Mykolaiv archive was only to windows and equipment, but we fear what more might be lost before this war ends.

A scant 24 hours earlier, while the tragic and brutal attacks on the Ukrainian people, cities, heritage, and history continue, Anatolii Khromov, head of the State Archival Service of Ukraine (SAS) announced the signing of another agreement with FamilySearch — a continuation of a Memorandum of Understanding signed two years ago to digitize the SAS holdings. The first FamilySearch (FS) cameras began to operate in Ukraine archives in June 2021. After only eight months of work in Ukraine, FS has uploaded and digitally preserved 4.8 million images of genealogical records. These collections do not yet appear in online search of the FS Catalog, but are available using the following direct links provided by Greg Nelson, Content Strategy for East Europe at FamilySearch:

Included in the FamilySearch Ukraine project are a wide range of record types. One important example is filtration records from the Soviet period. These are records of interviews of persons returning to the Soviet Union post World War II from Nazi captivity. Suspected of harboring disloyalty to their native country, the returnees were subjected to an intense process of registration and investigation. These files include registration applications, details of their time during captivity, photos, and lengthy in-depth interviews about their lives and people in their lives. The files normally would be subject to data privacy laws, but because of a Ukrainian law that specifically permits access to archives of repressive bodies of the 1917-1991 totalitarian regime, these files are available online. Genealogy gold!

Also within the last two months, 36 million images previously captured by FamilySearch in Ukraine (from 1993 to 2011) and previously only browsable online, are now searchable online. These are mostly Orthodox Church records. In some towns during certain periods of time, registration of vital events, even for Jews, were kept in church records. Like looking for a needle in a haystack, it typically was nearly impossible to find Jewish names and not worth the effort when the records were only browsable and written in their native Russian handwriting.  Now, those millions of images are easily searchable for Jewish ancestral names.

FamilySearch’s digitization efforts in Ukraine initially paused when the war started, but now it continues with a heightened urgency and purpose. Other organizations and individuals similarly are working feverishly to protect and preserve Ukrainian documentary heritage.

International archives, such as The National Archives, UK and with the support of David Fricker President of the International Council on Archives. are signing agreements with Ukraine SAS and working to secure backup digital copies in their cloud storage.

The Internet Archive is also playing an important role as a platform for archiving the Ukrainian Internet. A major effort is underway to capture “.ua” websites by the Archive Team. Another project, Saving Ukrainian Cultural Heritage Online (SUCHO), run by an all-volunteer army of librarians, archivists, researchers and programmers, is seeking additional volunteers to help gather URLs, perform archiving operations, and improve metadata. They especially are seeking people who speak Russian and/or Ukrainian or have coding skills. You can also submit a link for archiving and follow their progress on archiving specific websites.

For more than four years, Alex Krakovsky, scanning both Jewish and non-Jewish records in the Ukraine archives, has been making them accessible on Wikipedia free of charge. The current count of Alex’s digitization of Jewish records includes 11,000 files comprising 1.8 million pages and nearly 2 TB of data — not just metric records and revision lists, but also notarial, civic issues rabbinical records, election data, and many other types of records according to Gary Pokrassa, Data Acquisition Director, Ukraine Research Division, JewishGen. Krakovsky continues to upload images from Ukraine as we write this message.

Ruach and Koach (spirit and strength) to the State Archival Service of Ukraine, Anatolii Khromov, the team of archivists, staff, and partners working under the most perilous circumstances and to everyone involved in preserving and protecting Ukraine history and heritage.